All bouts will be hosted at Buffalo Riverworks (359 Ganson St. Buffalo, NY 14203), a new multi-purpose event and sports venue located on the Buffalo waterfront. At Riverworks, we will be playing on a first of its kind purpose-built roller derby track, with expanded seating, parking, and concession offerings for our fans. 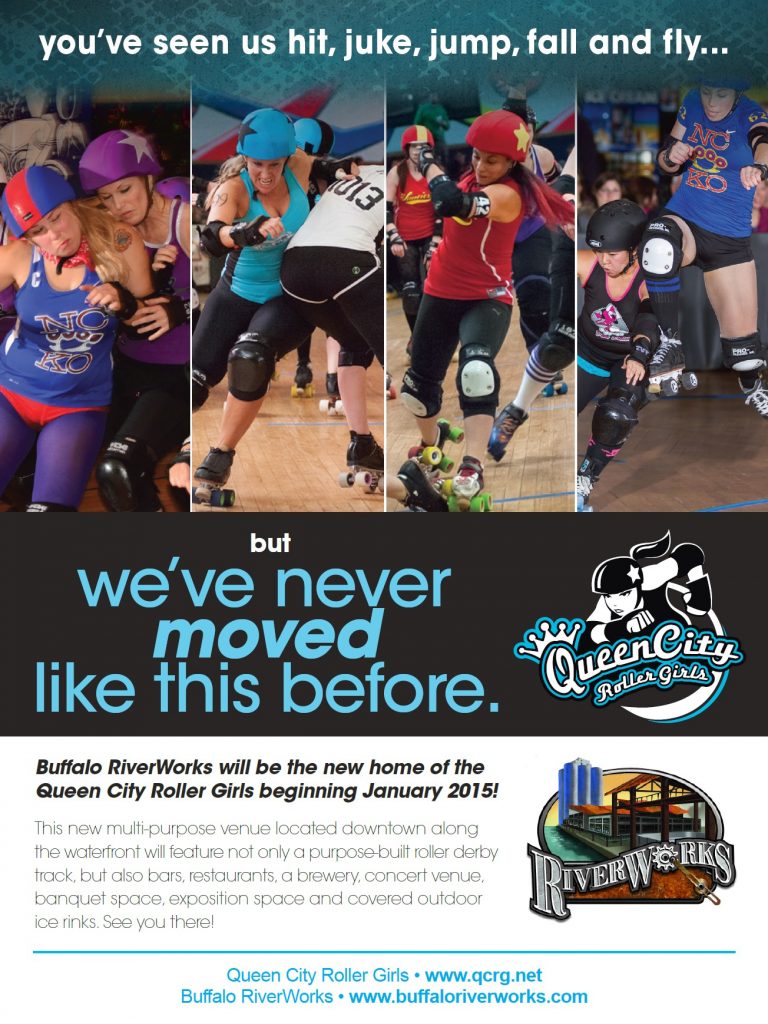 You’ve seen us hit, juke, jump, fall, and fly… but we’ve never moved like this before!

Specifics regarding ticket sales, game start times, and pricing will be announced ASAP – stay tuned here for the latest information!

Thanks,
The Queen City Roller Girls